For users who wish to adopt the Observatory Control System to manage submitting requests, scheduling and updating observations, the workflow is documented here.

For this document, we assume that an observatory has a Telescope Control System (TCS) which is capable of: 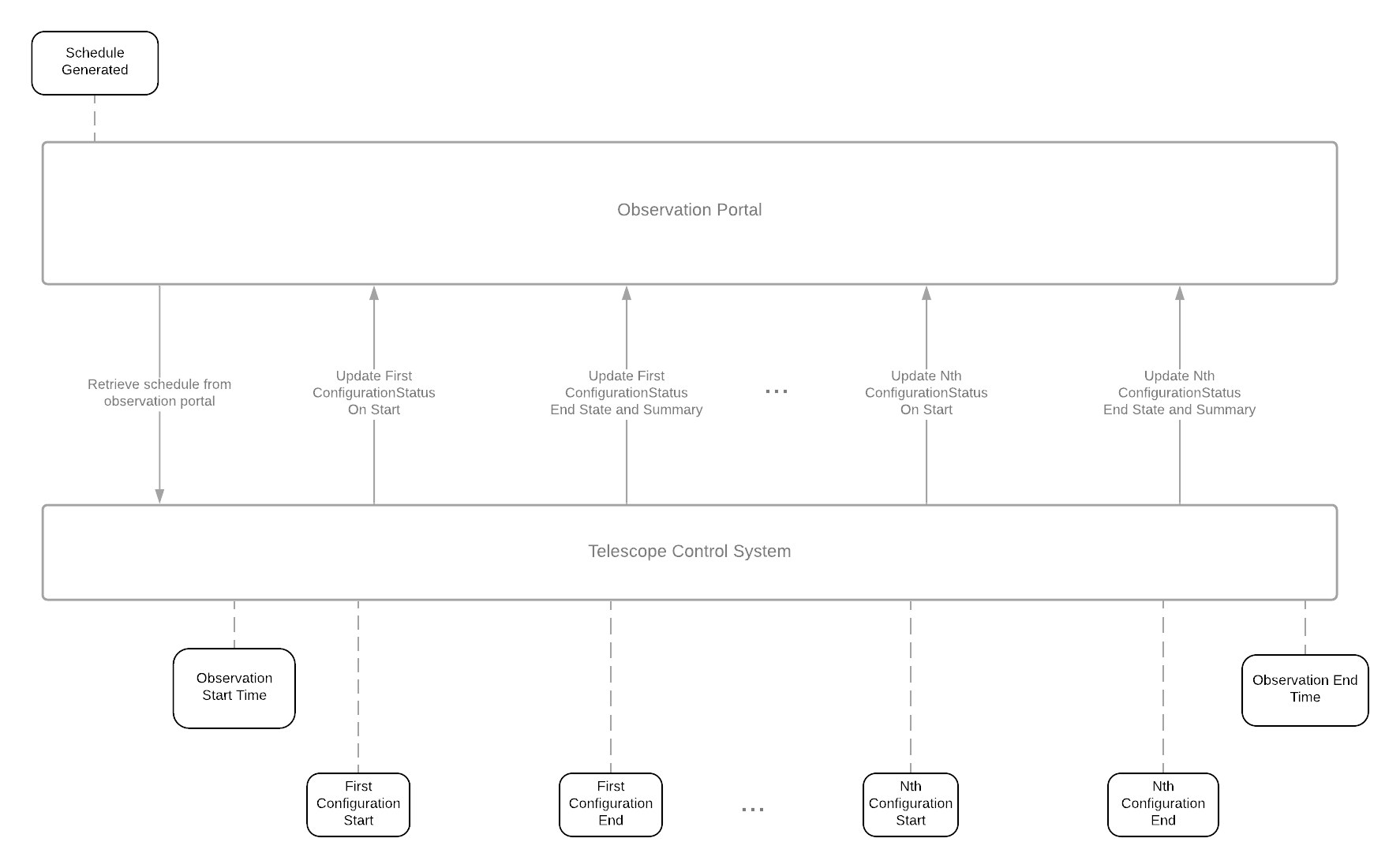 We recommend updating the status of a given configuration:

Knowing When to Pull Down a Schedule

A TCS can determine when to pull down a new schedule by utilizing the /api/last_scheduled endpoint, which returns the time that the last schedule was generated for a given site (provided in the filter parameters).

By storing the last time a schedule was retrieved and frequently polling (e.g. once every minute or less) this endpoint, the TCS can determine when it’s time to pull down a new schedule.

Warning: Frequently pulling down a schedule of observations for multiple days can be expensive and prohibitively slow on remote connections - so we recommend utilizing the last_scheduled endpoint to avoid unnecessary bandwidth usage.

Pulling Down a Schedule

To retrieve the scheduled list of observations from the observation portal, the TCS will need to query the /api/schedule endpoint. In order to narrow down the results, this endpoint can be optionally filtered by the following fields:

Note that this is a subset of the all available filterable fields - see the API documentation for a complete list.

Below is a diagram that presents the high-level workflow of the TCS when pulling down a schedule. 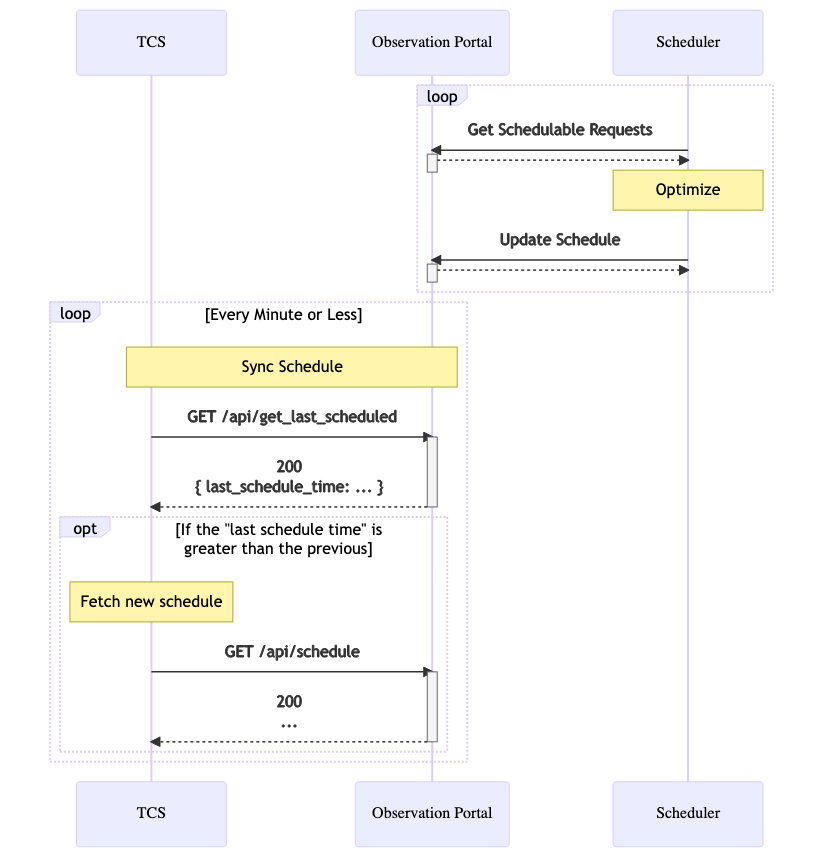 By default, each configuration begins in PENDING state. As soon as the TCS begins a configuration, the TCS should update the ConfigurationStatus state to ATTEMPTED.

Note: State changes in a configurationstatus from the TCS will trigger updates in the associated observation and request models, which will be reflected in the observation portal for users to view.

When a configuration has terminated - either successfully or not - the configuration status must be updated, and a summary of events must be provided by the TCS.

Important: The “summary” portion of the ConfigurationStatus must be provided, as it is used for time accounting for each proposal.

For more information about integrating a TCS with the OCS Science Archive, see the Observatory Data Flow document.

Updating the End Time of an Configuration or Observation

This will be visible to authorized clients of the observation portal, including a scheduler, so that the new end time can be taken into account when scheduling future observations.

To set this, the TCS would send a HTTP PATCH request to the /api/configurationstatus/<id> with a JSON payload of the form:

Once the observation portal detects this update, it will update the end time of the observation automatically, using the overheads defined in the Configuration Database.

The portal treats observations with configuration states of NOT_ATTEMPTED as follows:

Rescheduling an Observation Started Late or Unable to Complete In Time

In practice, if a TCS detects that no configurations have started within a certain amount of time (e.g. 10 minutes), it may decide to mark all configurations as NOT_ATTEMPTED and abort execution of the observation. This prevents the TCS from starting the observation late when there is no feasible way it can complete it in time.